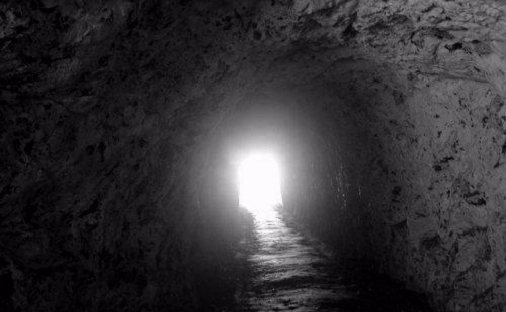 An emptiness dug a pit in her stomach when she remembered the face of her brother. He had a crooked smile when he had teased her, but he always followed with a strong, loving hug. He often defended her and made sure his sisters were able to hear Jesus’ teachings as often as he did. He was a kind brother, her best friend, and this new reality without him left her alone and empty.

Lazarus became sick, and it was so fast. One day he was there by her side, and the next moment he struggled for his last breath. Mary, sister of Lazarus, now had to fend for herself. Things rushed through her mind. How was she going to make it? Who was to blame? How could this be? And then, she thought of the one man who had promised life everlasting. So, where was he now?

Jesus had heard that his friend was sick. But Jesus stayed right where he was, far away from his dying friend. He waited for the just the right time to return to his beloved followers Mary, Martha, and Lazarus. He didn’t come as quickly as they would have hoped. Jesus waited until well after Lazarus had died.

Weeping, crying, hopelessly wandering, Mary fell at Jesus’ feet when she finally saw Him coming again. “Lord!” she screamed in grief, “If you were here, my brother would not have died!” Angry, confused tears had stained her cheeks for four days. She expected Jesus to do what He said. She thought that Jesus was the answer to this pain, but today her brother still lay dead. And now, at the sight of the man who could have prevented this terrible sadness, the wound of the grave tore her heart wide open.

Jesus looked around. He saw the doubting tears and the unbelieving looks. He saw the remnants of funeral arrangements and the wailing crowds. Jesus was greatly troubled, not just because his friend had died, no. Jesus is the resurrection and the life! Everyone who lives and believes in Him is alive not dead! But the people, his friends, his Mary confessed something else on this sad day. We might even think this was a noble confession of our sister in distress. But it’s not quite right. Jesus heard the desperate cries of his people, and He was distraught. They looked at the Son of God and expected a lucky charm to save them from suffering. And this was why Jesus waited to come. He arrived on their darkest day to give them so very much more.

Walking slowly to the shadowy grave, a gust of rancid gloom filling his nostrils, Jesus steps right into the black tomb and speaks.

The Word of Light breathes into that night of death. The Almighty Lord calls his beloved creature by name and Lazarus lives. The great “I am” awakens his people yet again by His sweet, familiar voice. Lazarus walks out of the darkness by the command of his Savior. And the reality of a Christ come to earth, sent from the Father, was given to the eyes and the ears of an unbelieving world. Nothing is the same after Jesus comes for his people. Even death itself has no power. Those who were weeping heard his call and remember the Great Lord of All.

So, we confess anew with Mary, sister to Lazarus. Not, “Lord, if you were here…” We heard our Lord call us out of the dark, eternal tomb by name, marked personally by water and His word. We believe that we already walk in the light of life because Jesus came to earth and sacrificed himself for us. We wait expectantly for our Victorious God to return even through sadness, death, and pain because His Word awakens us even now. Today, we boldly cry out a new confession with Mary, “Lord, we know you are here!”

DEVOTIONS for the week.
Take at least 5 minutes this week to reflect on the arrival of Jesus.

Minute 1: Read John 1:9-14. Who is the light that came into the world? Did his own people recognize him?

Minute 2: Read John 12:12-13. Jesus is entering Jerusalem on his way to the cross. Yet the crowds shout,  “Hosanna to the king!” What do they misunderstand about this arrival of our Lord?

Minute 4: Read John 17:24-26. Jesus prays to the Father for his people before He must go away. Reflect on this loving prayer.

Minute 5: Read Romans 6:3-5. What gift has God given us, calling us out from the darkness of death?